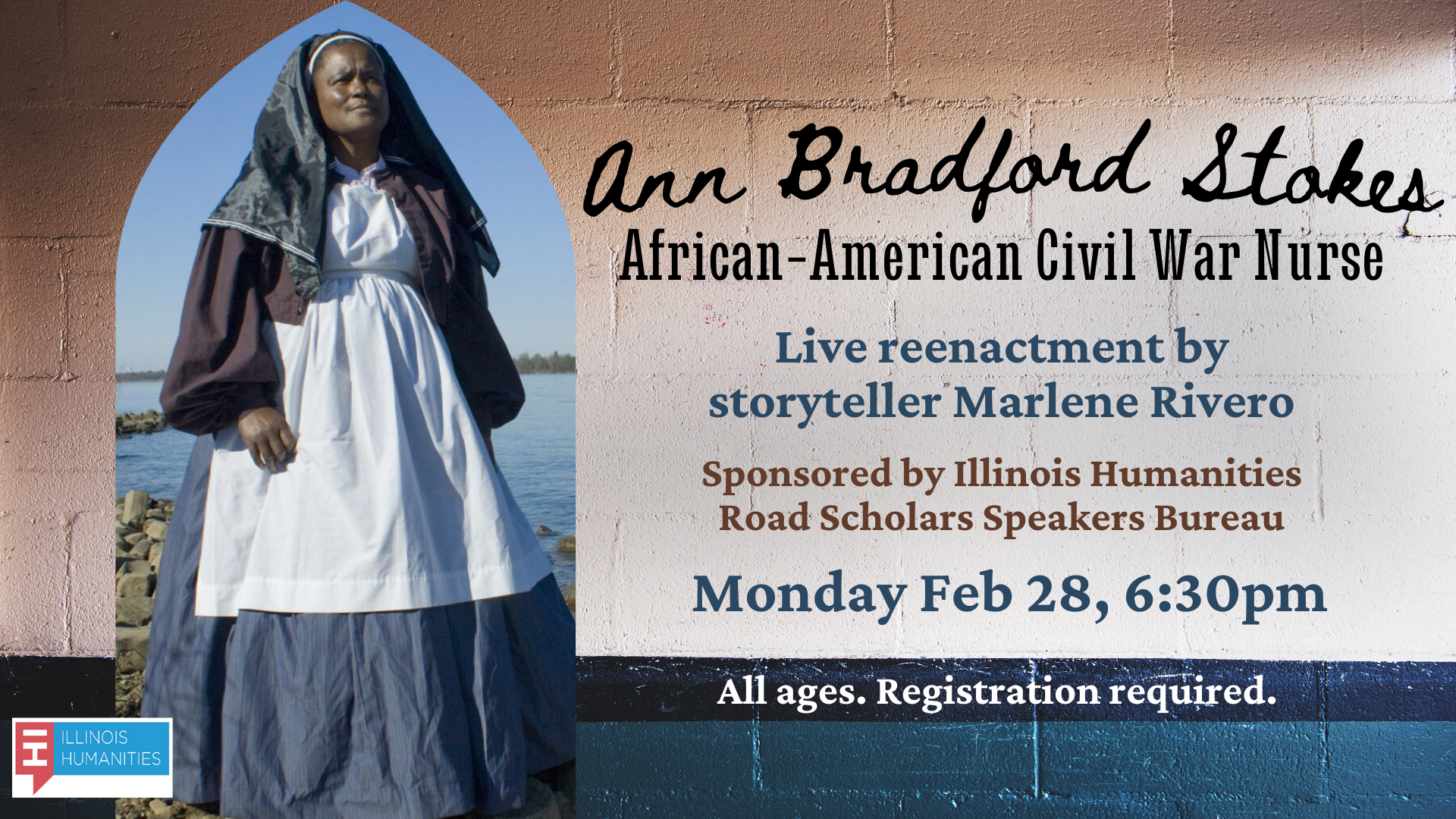 Ann Bradford Strokes (1833-1903) worked aboard the Navy’s first Hospital Ship, Red Rover, of Mound City, Illinois. She worked with sick and wounded soldiers aboard the United States Naval Hospital Ship (U.S.N.) throughout the Western Theater of the Civil War on both the Ohio and Mississippi rivers and their tributaries.

Stokes lived mostly aboard the Red Rover, but occasionally stayed in the Mound City contraband camp in a community of over two thousand people. She volunteered with the Sisters of the Holy Cross and Naval ship officers working as a “first class boy”, cook, laundress, mender–anything to get food to eat. Eventually, Ann assumed the role of a nurse, leading to the beginning of a profession that would last generations. She was the first woman to earn a pension for her work with the U.S.N. Red Rover. After 18 months as an African American Civil War nurse, she left service in November 1864. Several years later, Ann learned to read and write. She settled, remarried, and remained in Southern Illinois for the rest of her life.

In a fascinating reenactment, storyteller Marlene Rivero will breathe life back into Ann Stokes and her story. Sponsored by Illinois Humanities Road Scholars Speakers Bureau.

All ages are welcome to attend. Free and open to the public. Masks must be worn according to current guidelines. Registration is required. To sign up, send an email to adultservices@harvard-diggins.org.